Marie VanNostrand choose early in life to pursue a mission so daunting some may have labeled her a modern-day Don Quixote.

VanNostrand’s sense of fairness, fostered during her upbringing on a dairy farm in upstate New York, led her to take on the challenge of changing the nation’s pretrial justice system.

Changing any system steeped in history can prove intimidating but attempting to reverse the injustices of a system rooted in our nation’s Bill of Rights might lead some to say she was tilting at windmills.

They would be wrong.

How did her quest begin? When VanNostrand started her criminology career as a probation and parole officer in Virginia, she interviewed people who had pled guilty or were found guilty and wrote reports to help guide the sentencing decisions of judges.

“When I would do these reports, people would either come into my office for me to interview them – they were on bond pending sentencing – or they would be in the jail and I would have to go over to the jail,” VanNostrand explained.

“The first year on the job, I could not figure out and I couldn’t predict who was going to come to my office versus who I was going to have to go see in the jail. There was no rhyme or reason. Then I realized it was because I didn’t know their financial status yet.”

VanNostrand soon realized the court determined people’s pretrial release or detention not based on the risk they posed to the community or the probability of them appearing for court proceedings. No, it was solely about their financial resources.

“It was at that point that I saw release decisions were being made purely by money and not by risk, and it was disproportionately affecting minorities and the poor, and it was just wrong,” VanNostrand said. “It wasn’t in anyone’s best interest. It wasn’t in the public’s best interest because the highest risk people were getting out and endangering the community while the lower risk people were being incarcerated because they were poor. We call it the criminalization of poverty.

“That’s when I became really, really passionate about eliminating the disparity and the discrimination in the pretrial justice system.”

That passion led her to shift her work to a pretrial agency. At the same time, she enrolled in Old Dominion University and attained masters degrees in public administration, and urban studies and a doctorate in public policy with a specialty in research methods and statistics. Her dissertation helped Virginia create one of the country’s first pretrial “risk assessment tools.”

In 2003, she started Luminosity and continued gathering data in an ongoing push to make pretrial systems risk-based instead of resource-based.

Now VanNostrand and her team will spend the next two years developing an “Application Programming Interface” to help any jurisdiction input their data and leverage it to monitor their pretrial justice system performance and identify and modify practices contributing to racial disparity and discrimination.

VanNostrand recently explained the progress she’s made, why she opted to amp her efforts instead of retiring and what lies ahead for the company.

What are the basic goals of Luminosity?

Our approach is to use data to help inform pretrial justice system decision making. One of the biggest challenges in the criminal justice system is that people don’t know how the system is performing. I try to explain it like this: If you were given the job to be the CEO of a hospital, a multimillion-dollar hospital, the first thing you would do is ask some basic questions, right? Are people happy with your services? Is the hospital profitable? Just some really, basic questions.

Now, take a similar criminal justice system, which in many states costs hundreds of millions of dollars. Nationally, we spend billions of dollars. Most communities in this country cannot answer the most basic questions about their pretrial justice system, the front end of their system. They can’t tell you how many people are released or detained pretrial. They can’t tell you how much they expend detaining people pretrial. They can’t tell you their basic performance measures of new crimes committed by pretrial defendants, court appearance rates for pretrial defendants. If you were running a hospital, you would be out of business in no time if you couldn’t answer those basic questions.

You’ve made it your life’s mission, to try to find a way to change the system. That’s a challenging mission.

The past couple of years, we’ve made some real progress. The money-bail system, a resource-based system was the prevailing system, but I wanted it to be based on the risk that was posed by defendants. We needed to identify a way, an alternate way, of identifying that risk. … By 2003, I really wanted to dedicate myself to doing this work and knowing there was no organization that was really dedicated to doing this work and not much attention was being paid to this work … we started Luminosity, data-driven justice solutions. We wanted to bring light to the pretrial justice system and the harm it was doing to the community and the harm it was doing to defendants. We really thought research and data was the way we could demonstrate that. We’ve had Luminosity for 15 years and we’ve done a lot of that research.

I really learned about this issue from the documentary 13th, which devoted time to telling the story of Kalief Browder, a young man who couldn’t afford to post bail and spent in an inordinate amount of time in Rikers Island, New York City’s main jail complex.

I spent 20 years talking about these issues to anybody who would listen. Then, the most unfortunate thing happened with Kalief Browder. He was accused of stealing a backpack. He spent three years in Rikers as a young man in isolation. He refused to plead guilty, and ultimately, he took his own life. For whatever reason, that struck a chord with America. Even though things like this had been happening every day, to hundreds of thousands of people every year, his circumstance was just so egregious, people could relate to it. That really has helped pretrial reform in America.

Was Kalief Browder’s death the catalyst that helped bring attention to this issue?

I think a couple of things happened. That was one of them, and the other was the Arnold Foundation (now Arnold Ventures). Laura and John Arnold are a Houston-based couple who are self-made billionaires, and in their 30s, they started this foundation and endowed it with $1 billion of their own money. They made the decision that the pretrial system was one of the best places for them to invest. We were one of their first partners to conduct pretrial research. We were able to develop the public safety assessment (PSA), pretrial risk assessment. We also conducted research on the hidden costs of pretrial detention which showed that short periods of incarceration for low-risk defendants does harm.

With the help of the Drug Policy Alliance, you were able to integrate New Jersey’s data and show who was being incarcerated pretrial. Tell me about that.

There were 15,000 people in the jails in New Jersey, and 12 percent of the jail population was in there because of their inability to pay $2,500 or less. We did the study to shed light on the people we were incarcerating pretrial. That served as a catalyst for criminal justice reform in New Jersey. Within a few years, they passed legislation that essentially eliminated money bail. Now in New Jersey, when a person is arrested, a public safety assessment is completed on every defendant. It’s given to the judge and a defendant is released, either on their own recognizance or with some conditions. Ninety-five percent of all the people arrested are released in New Jersey, and 5 percent go through a preventive detention hearing, and the judge deems them to be so dangerous they need to be detained before trial.

Money has been completely taken out of the equation. The jail population is down 40 percent from when we did our study. It’s less than 9,000.

What makes gathering the needed pretrial data so difficult?

If you want to know release rates or court appearance rates or public safety rates, you need data from systems that are really siloed. You need data from law enforcement, from jails, from courts, and you need criminal history data. They’re usually maintained by different agencies. They’re independent software systems that were never intended to communicate with one another. That’s the big challenge, being able to integrate that data, track a person through these systems and be able to answer these questions.

What brought you to Rising Tide?

I was at a point about a year and a half ago, where I could either retire early or commit to trying to do something bigger and better than we’ve ever done before. Retirement seemed really attractive, but we had this idea of what we thought would be a major contribution in the next five years that could get us to the next tipping point in pretrial reform, and it’s around data integration. But in order to do that, we needed a good workspace, a creative workspace, a place where we could attract good talent and meet with people. We had all been working in home offices and coordinating that way. Our business partner moved from Virginia last year for us to do this work and we clearly needed an office. This just seemed like a really good fit. 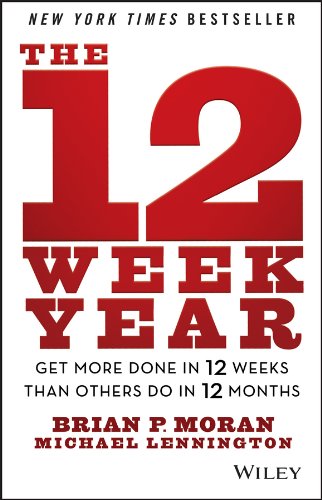