They often come to her with a legal notice, threatening in its tone and foreboding in its language.

The stress of their situation emanates in every word they share, every explanation about their plight, every challenge they’ve endured. The lawyer assesses their status, looks them in the eye and begins to craft a plan full of confidence and reassurances. In that first consultation, she delivers not only sharp legal advice, but loads of calm.

“The lawsuit is what brings them to me, but we look at the big picture,” Dauta said. “’Okay, you have one lawsuit, but what’s the rest of your life looking like? What else do you have going on? And we see if we can address it.”

Omaira Dauta, a consumer debt and bankruptcy attorney for Churchill Wells, who works out of the Rising Tide Innovation Center in downtown St. Petersburg, relishes the opportunity to steel the nerves of her clients. While some attorneys view dealing with clients as the most problematic part of their job, Dauta welcomes the opportunity to help.

Through her efforts, clients not only receive relief from their legal issues but often improve their credit score in the process.

“It makes me feel good that I have people call me who are so stressed out, and by me just doing my job, I can fix that for them. I can make an impact,” Dauta said. “I had a client last week, he had two lawsuits, each more than $50,000. I got both of those dismissed.”

For Dauta, the work helps fulfill her mission of wanting to help others – a mission that started when she first took an interest in the law as a 10-year-old. We recently spoke to the attorney about how that dream first emerged, how she rose above some self doubt to become a lawyer, and why she loves the energy of the Rising Tide Innovation Center.

How did you first get interested in being an attorney?

So, I wanted to be a lawyer since I was like 10. I remember watching the O.J. Simpson trial and just the presence that the attorneys had, their commanding demeanor, the confidence and obviously the influence. I mean, they’re the ones that make or break the case. Of course, there’s evidence, but how it’s presented is a big deal. So ever since then, I wanted to be an attorney. I was in the law magnet program in high school (at Palm Beach Lakes). I got my first job with the law firm at 15, and I’ve worked exclusively with law firms since then. I worked for the biggest personal injury firm in the country while I was in law school. I was in law school in the evenings. I graduated and the rest is history.

Who was it from the O.J. trial that inspired you? Was it Johnnie Cochran? Was it Marcia Clark? Was it Christopher Darden?

So, obviously, a little bit of Marcia Clark as the female. Just seeing her presence, her confidence — that was inspiring. But obviously, it was more so Johnnie Cochran and his Dream Team. It’s not what I do now. I’m not typically in court fighting people like that, but I could.

What did your family think of you pursuing a law degree?

Did being the first generation create any doubts?

For sure. Undergrad was just something that I was supposed to do. My mom worked very hard, it was, “I work hard so you don’t have to.” I’m a first generation American. She was a nurse in the Dominican Republic. She came to New York, worked in factories, just to support my brother and I. Obviously as the next generation, we had to be better.

So, I went to college, and then I had this dream of being a lawyer. But all you hear is how hard it is, how many people fail. I had a fear of that. So, I graduated undergrad in 2005 and I’m working at law firms, all the attorneys that I worked for were like, “You don’t want to be a lawyer, you don’t want that kind of trouble.”

What turned it around for you?

The last attorney that I worked for (Ana DeVilliers) was like, “You can do it.” She was the first person I asked to write a letter of recommendation. She was my main support, the wind beneath my wings. I was her office manager and paralegal and she said, “You can do it.” That was the first time I’d heard that. Obviously, not the first time from my family, but I said, “Well, what do they know?” Ana had been through it. And she said, I did it. You can do it, too. So, I tried. It took that because I went to law school five years after earning my undergraduate degree. I didn’t start law school until 2010.

Your mentor helped you overcome doubts. Was there anyone else?

My husband, Jason (Dauta). He only had a high school diploma, but one day he decided he wanted to do more with his life, and he wasn’t like, “I only have a high school diploma,” you know? He went to firefighter school and now he’s a firefighter. Since then, he’s earned his associate degree. He’s still going to school. He wants more. All that was motivating to me. And then Ana. I mean, she’s very highly educated. She went to private school in Miami, went to University of Miami, went to University of Florida law school. She was successful in her career. I would consider us different ends of the spectrum. Both women, both Hispanic, but I thought of her as a success story, and she saw that I could do that. I didn’t see that in myself. I thought what I had accomplished, as far as from where I came from, was enough and maybe the next generation would do better. But she saw something in me. I thought, she’s smart and she knows some things, so let’s go with her bet. If she’s betting on me, I’ll bet on me too. And here we are.

It’s amazing what words can do. Like you never know who’s listening. So, I think it’s important if you see something in someone, let them know because you don’t know what words will inspire that person to do better. I hope that in a conversation, when I tell someone something, it inspires them to do more than what they’re currently doing with their lives. That’s powerful. It makes you feel like you have purpose.

How are you able to lend comfort to your clients and help alleviate their stress?

A lot of times they’ll call me and it’s their first time ever being sued and they’re like, “Oh, what do I do?” And I say, “You’re fine. We deal with this creditor all the time.” I think there are a lot of attorneys who do a lot of things. This is all I do. So, I deal with essentially the same companies all the time, the same attorneys all the time. I know what we’re looking at and where it’s an unknown to them, it’s routine for me. So, just in that initial consult, they’re already feeling better.

Tell me about Churchill and Wells.

I work for a small firm. There are three attorneys. One’s in Jacksonville and one’s in Tallahassee. That’s the Churchill and the Wells. And I am the St. Petersburg office. So, the setup that we have is kind of like if I was a solo practitioner in the sense that there’s nobody here but me. But with the protection of they handle the advertising, they pay the bills. They bring in the business, but it’s my job to keep it, sell it, sell the product and find solutions for the clients.

You had worked for a large firm. Why did you opt to work for a smaller firm?

There’s something to be said about the small firms in the sense that everything is more personal. You know, there’s not 500 employees. There’s not this immense amount of advertising and money backing everything. It is very important to the small firm to keep the client happy, to have a competitive price, because you need every client and you want them to feel valued and you want them to feel that they’ve spent their money wisely. Also, as an employee at the big firm, you’re just one of many and you’re replaceable. I mean, they usually have a stack of other attorneys’ resumes.

What do you envision doing long–term?

I like what I do. I think if anything, I might want to do more. By more, I mean more areas of the law being covered that interconnect in some way. At the end of the day, what drives me is helping people. I like dealing with the clients. Some attorneys are more behind the scenes. The worst part of their day is the consult, but I like interacting with people. The consultations are some of my favorite parts where you get to know the people that are in front of you and, and what their issues are and how you can help. So, it would be this, but probably a little bit more.

The location is great. I can walk to the courthouse. There’s just the energy of being downtown. The people that are around here, the whole “Keep St. Pete Weird (laughs).” I’m not young anymore, but I’m young inside and the energy feeds you. It’s an energy that you don’t find outside of downtown. In here, it’s nice to look at, it’s aesthetically pleasing. The people are nice. Because of the way this place is set up, you’re just surrounded by different people from different fields and professions that you’ve never heard of. That’s inspiring in and of itself.

Has it helped having the lawyers around who run Rising Tide?

Being a lawyer is different. You don’t get to turn it off. There’s a lot of responsibility. Last week, I woke up at three o’clock in the morning because I thought I forgot a deadline. And by the time I realized I did not forget the deadline, I was already so amped that I didn’t go to sleep until 6, and my alarm goes off at 7. When you have days like that, you’re like, “I’m done. I’m going to go do something else, like buy a camera and become a photographer or something.” And you say those things out loud. I said that, and they (Fletcher & Fischer) were like, “I’m not going to let you do that. You work too hard. This’ll pass. You’re fine.” They’ve done that for me. That was really nice. Again, you never know how your words can affect someone. And I consider them very successful women.

This conversation was edited for brevity and clarity. 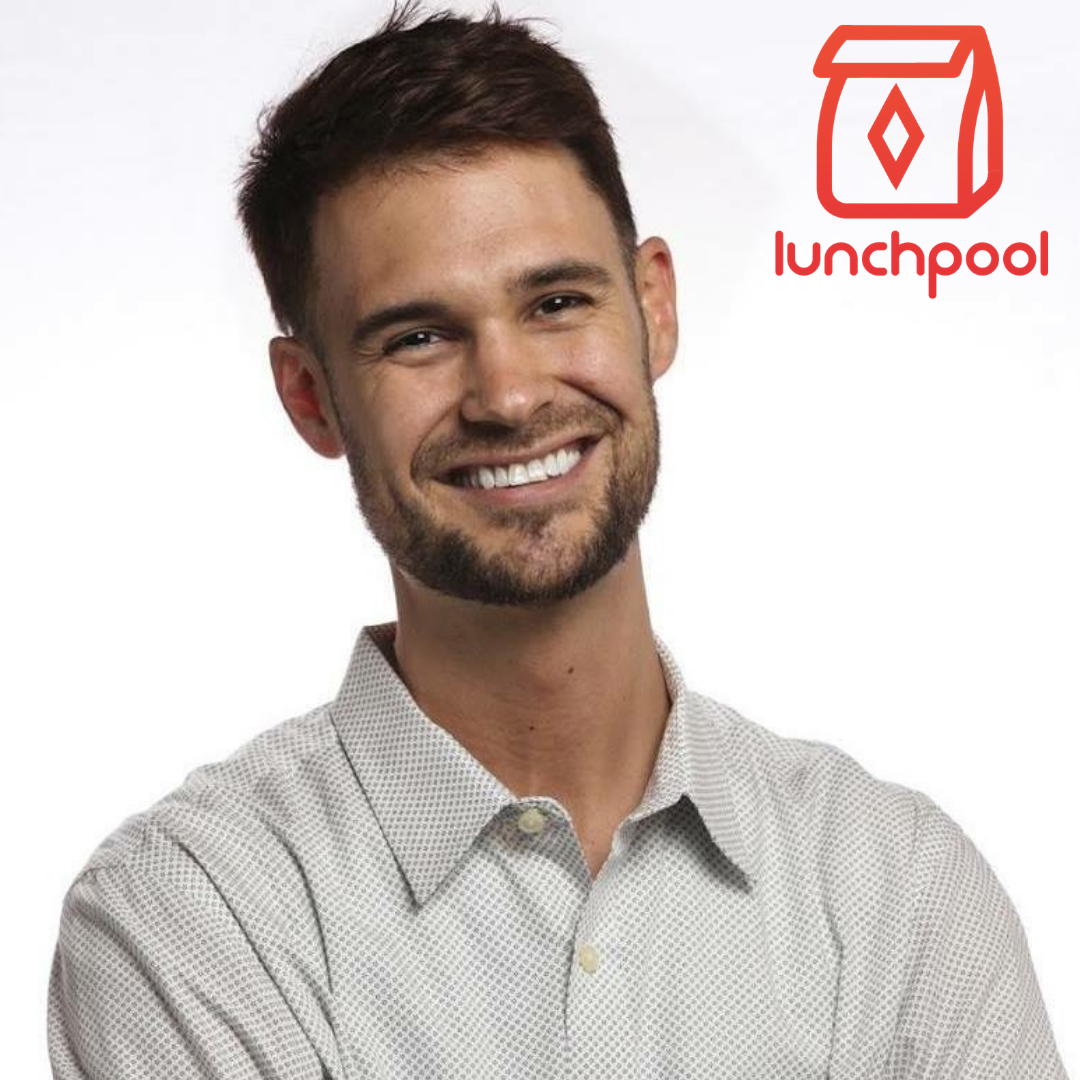