Some may lead you to believe that a prolific social media campaign can compensate for a lack of attention from traditional outlets.

And it’s true that Facebook, Twitter, Instagram and YouTube have changed the landscape of how startups and small businesses can extend their reach. Now companies routinely focus on how to build branding through marketing campaigns that weave together such social outlets.

It’s a mistake, however, to eschew newspapers and television for the newer forms of communications. The smartest companies may craft social media approaches that generate business, but earned media lends an intangible that no Facebook post can deliver: authenticity.

When your business earns media coverage, it earns credibility. A measurable value comes when you can promote your company with one of these phrases:

Complete any of these sentences with the name of a prominent newspaper or TV station, and you have an endorsement that money can’t buy. It’s not just a message that reaches the general public, it’s a calling card you can put in portfolios, post on Facebook and Twitter, and link to from your website. An article or news report can catch the attention of potential investors. It sends a signal you’ll explore every avenue in promoting your business and enhancing that investor’s return. It can capsulize your business mission, sometimes better than you can.

But there’s a reason it’s called earned media. You do indeed have to win over a reporter, editor or producer to give your company a place in the media spotlight. Given the potential windfall that a positive report can yield, you’re wise to make the effort by making the pitch.

The tried and trusted media release remains viable in the world of journalism, but they must be sprinkled with the proper amount of pixie dust to really fly. Here are five steps you can take to help garner coverage and make the magic work for you.

Journalists are busy. Their newsroom staffs have shrunk, while the demands on their time have grown because of the need to expand their efforts to the digital world. So, to efficiently make the connection, you must meet them where they are and speak to their needs.

That doesn’t require enrolling in a collegiate course on journalism. But it may require letting go of some half-truths like newspapers are going out of business and TV newscasts are comprised only of sensational stories and crime reports. Each outlet continues to have a place for stories on startups and successful businesses.

It is true that technology has changed the landscape. The business model for newspapers, once stable, now sputters because the money generated by print revenue must be invested in a digital presence that doesn’t offer a high return. The profit margins for local TV stations have narrowed in the new 500-channel universe, especially with people cutting cable cords and turning to downstream services.

However, the content generated by these media outlets remains valuable. It actually serves as a large part of the foundation for Google and Facebook. They realize massive profits from their digital advertising in part because newspapers and television produce the content that participants post and ultimately drive traffic on social media. Of course, pictures of what someone had for dinner and photos of pets also drive traffic, but informative stories are critical.

In fact, the information provided by journalists always has held an integral place in our society. We’ve valued storytelling, history, messaging and accuracy since the dawn of time. What’s changed, because of digital advances and social media, is how the story is told, how the history is recorded, how the messages are delivered. If you understand that, you can ignite a conversation with a journalist, but that’s just the first step.

Step 2: Be A Media Consumer

If you want to be featured on a television newscast, watch the newscasts to gain an understanding of how that station defines news. If you want to be profiled in a newspaper, read the paper to learn how it categorizes business news.

Too often, companies and trained public relations professionals make a pitch to an editor or producer that reveals they have no familiarity with the outlet. This is unwise, to say the least. But it happens more than you might think. Some PR practitioners readily admit, “I never read the paper,” or “I never watch a newscast.” Really?

Journalists have egos. They want to be love. You can’t win them over with an introduction that starts with, “What exactly do you write about?”

Even if you aren’t a regular media consumer, given the access you have to media outlets through web sites, apps and social media, there’s no excuse not to familiarize yourself with the TV station or newspaper and accordingly frame your pitch.

The research will not only help you gain a foothold, but it’ll help you target the correct reporter or editor. With newsrooms experiencing tremendous turnover, it won’t help to rely on distribution lists. Blind darts may be a fun pastime inside an Irish pub after a few pints of Harp, but it’s no way to go about earning media attention.

Do you hope to have the media attend a grand opening or ribbon cutting, or do you want them to advance the event so people will attend? The more you know about the daily operations of a media outlet, the better you can plan the kind of coverage you want, the happier you will be with the result.

Once you’ve learned more about journalism’s modern-day mission, increased your media consumption and envisioned your coverage, you’re ready to make the pitch. Most media outlets prefer pitches to be made through emails. It’s difficult to catch a producer, reporter or editor on the telephone.

However, here’s a note about emails: More than 100-billion business emails are sent every day. On average, an editor or reporter will receive between 75 and 100 emails during business hours. So, when you email your pitch keep this in mind: The primary objective of a news release is to influence coverage, but your first goal is to make sure it gets read. Consider these three steps:

As for the content, be succinct but include the needed information. A headline or phrase that reflects your business can help: “Widgetry: The Uber of Widgets.” Start with the trusted 5 Ws and H: Who, What, When, Where, Why and How. Don’t worry if you struggle with the Why and How. After that, highlight surveys or trends that reflect positively on your pitch. Are there internet metrics that reflect a rise in popularity? Also, is there statistical data that backs your product’s or company’s potential success?

You also want to make sure you include contact information and be prepared to be contacted. Your web site and/or Facebook page needs to be up to date. If you promise to do an interview, be prepared to deliver on that promise with flexible times and accommodating locations. Sometimes, the difference between gaining coverage and not gaining coverage can be as simple as availing yourself when it’s convenient for the journalist. You might be surprised to learn those willing to rise for early morning newscasts often find themselves gaining valuable airtime.

The success of a media pitch and earning prized coverage can hinge on personal connections. The value of networking is as high with journalists as it is in other situations, maybe even higher. If a pitch arrives from an acquaintance or someone the producer or editor met in a professional situation, it invariably will carry more weight than if it’s coming from a stranger.

It all goes back to the Chinese proverb: “Dig a well before you’re thirsty.”

In the end, these results may or may not yield success. Sometimes, media pitches fail to connect through no fault of the person making the request, and through no fault of the journalist. With shrinking newsrooms, the demands on journalists are greater than ever. But if you succeed, you’ve gained a valuable tool to help launch your business. Earned media often leads to more earned media which ultimately can be a key factor in your success or failure.

Make the pitch, and you might just end up making magic for your startup or business. 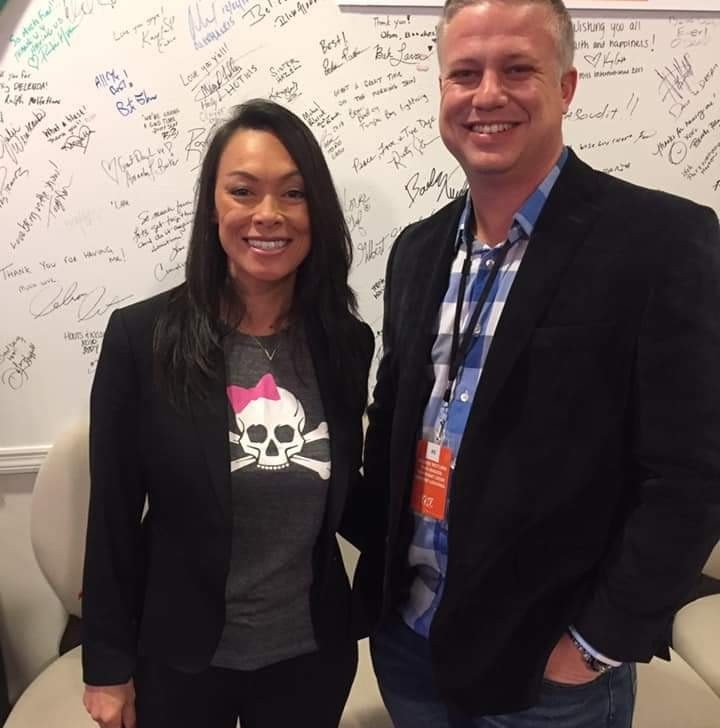