How to Side-Hustle Your Way to a Successful Start-Up 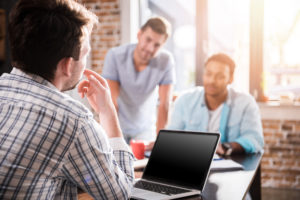 When Forbes magazine anointed Clearwater native Sara Blakely as the youngest self-made female billionaire in 2012, the Spanx founder proudly boasted on her website: “Putting her butt on the line pays off.”

It’s a line you might expect from someone who dabbled in stand-up comedy and once worked as a chipmunk at Disney. But what you may not realize is that Spanx — the multi-million dollar brand that Blakely initiated as “legless panty hose that offered control without the leggings — started as a side hustle.

According to various reports, including the Tampa Bay Times, Blakely was selling fax machines for Danka in Florida when she originated her idea. She cut the feet off of her stockings in order to wear them under her white pants for a more flattering look.

With only $5,000 in her savings account she first pursued her dream, she continued to work her day job—even after a transfer to Atlanta. It took her two years to fully develop the product and she stayed at Danka even after landing deals with Neiman Marcus, Bloomingdales, Saks Fifth Avenue and Bergdorf Goodman.

It wasn’t until she scheduled an appearance on an episode of Oprah, anticipating a huge boost in sales, that she quit her day job.

The story, however, illustrates that a side hustle can turn into a success, even if you’re not steep in industry knowledge.

“Don’t be intimidated by what you don’t know,” Blakely told the Tampa Bay Times. “That can be your greatest strength and ensure that you do things differently from everyone else.”

Everyone aspires to be Blakely, seamlessly slide into a side hustle and eventually enjoy success. Here are five factors that can help you “get it done.”

Rebecca Livermore, who turned her side hustle into Professional Content Creation, says one of the nation’s common surnames is “Someday,” noting that Mr. and Mrs. Someday always talk about starting a side hustle, pursuing a passion or elevating above their “soul-sucking job” but never do it.
We’ll address some of the foundational blocks needed to get started—priority, plan, passion, pay—but the side hustle will remain an incomplete endeavor if those elements remain stuck in your mind.

Blakely employed a learn as you go approach but made sure she embarked on the venture even with limited financial resources and scant knowledge about the textile industry. A willingness to learn from early failures and a drive sustained her effort. It took two years just to persuade a hosiery mill to even make an initial run of her product.

“Trust your gut,” she said.

Another great piece of advice: stay mum. Blakely purposely did not tell anyone about her initial legless pantyhose idea for an entire year because she did not want to have to defend it or be talked out of it.

Sure, you want to share your hopes and aspirations with a few friends, but it’s probably best to hold your side hustle cards close to the vest, especially regarding the co-workers at your day job.

TWO: GET YOUR PRIORITIES IN ORDER

The side hustle requires that it stays on the side in the beginning. You have to maintain a focus on your daily duties, so you don’t jeopardize your primary source of income. Daymond John, founder of the FUBU clothing line and a co-star on television’s Shark Tank, worked at Red Lobster for five years while getting his business off the ground. He says his nights as a server helped him serve up security at home in case his fledgling business went belly up. And even after he started bringing in money, he continued to wait tables.

Of course, that doesn’t remain an option if you lose the steady pay of you regular job. Follow these three admonitions to avoid that pitfall:

The bottom line is while you can maintain two separate jobs, you can’t mix business with business.

THREE: GET TIME ON YOUR SIDE

The best way to separate work from your side endeavors is to hustle in the off hours. So many people say they don’t have time to initiate an outside effort, but it really boils down to making the most of your spare hours.

One key step involves routine. If you get accustom to focusing on your side hustle during a specific time every day, you’re going to generate more efficiency.

Livermore said she made a point of doing specific client work for her side business in the morning before she reported to work. John worked only when his Red Lobster stints allowed time to focus, and he admits to sewing together some of his initial apparel offerings after midnight.

Novelist Michael Connelly also spent late-night hours writing his first crime fiction books after covering crime stories for the Los Angeles Times. Interestingly, he had to purchase black out curtains and dim the lights in his home after leaving the Times because he needed the mood to generate the dark, gritty feel of his works.

Now Bosch, the Amazon Prime series in its fourth season, is based on one of Connelly’s most popular characters.

The routine, however, cannot lead to over-working, stress and potential burnout. The side hustle requires work and determination, but it also necessitates a focus on your physical and mental well-being.

“In the early days when I was working around the clock, I reached a point when I nearly cracked,” O2E Brands founder Brian Scudamore wrote in a piece for Inc. “I started having panic attacks and suffered from severe anxiety. I realized overworking myself wasn’t doing me or the business any favors: our growth had stalled and I wasn’t having fun anymore.

“It was only when I learned to delegate to my team that we started to pick up momentum again.”

FOUR: GET A PLAN

Julius Davis, co-founder and owner of Tampa-based Volt Air engineering firm didn’t start his business as a side hustle, but he did spend long hours planning a transition for his independent bid. While working for an engineering firm, Davis started acquiring knowledge to venture out on his own.

“My business partner and I, when we were working at another firm together, we would go in on our lunch breaks or our coffee breaks and sign up for classes at the (University of South Florida) Small Business Development Center,” Davis told the Tampa Bay Times. “They had classes on how to start the business … and we attended all those classes they had to offer.

“The key thing was writing that business plan because that forces you to set the roots and foundation for everything you need. It asks questions you really don’t have the answers to, and it forces you to go get the answers and make sure you know what you’re doing.”

Some of the answers must revolve around key financial decisions. If your monetary resources are limited, avoid debt and spend only on the items that are truly necessary. Inc. contributing writer Jeff Haden recently wrote that side hustle entrepreneurs need to be judicious.

“Before you spend money, always ask yourself one question: “Does (this) touch the customer?” If it doesn’t, don’t buy it.

For all of her success, it’s worth nothing that when producers from Oprah reached out to Blakely, she didn’t have a web site. She told Forbes she worked tirelessly but didn’t spend money on marketing and business tools until after the product took off.

FIVE: GET PASSIONATE, GET PATIENCE, GET PAID

One of the biggest keys to generating success with your side hustle involves determining your self-worth.

The business plan must involve setting an incremental schedule for income. You may start with a lower price for your product or services, and then increase it as you gain experience and clients gain confidence in your services. However, be careful not to undervalue your work. The long hours and added effort need to pay off eventually.

Patience may prove as valuable as pay in getting your business off the ground.

“Making the decision to pursue your passion is exciting and rewarding,” Scudamore said. “But try to resist the urge to do too much, too soon. Building a business from nothing is a long, arduous process and it will be slow (at least in the beginning). If you try to grow too fast, you’ll set yourself back.”

Finally, passion remains another key ingredient. Davis, the Tampa engineer, now maintains one of the nation’s leading firms with multi-million contracts at Houston Hobby International and Tampa International Airports. But the business wasn’t always a bed of roses.

His love of the work sustained him in the early days of his independence.

“You have to make sure you have the passion to do what you want to do,” Davis said. “It can’t be money because if you have a passion, the money will come. It’s going to be challenging, it’s going to be frustrating. You may get discouraged and that’s how a lot of businesses (get derailed).

“Some people say, ‘I went out on my own because I want to be my own boss.’ That doesn’t work. You have to find something you really have a passion for and then everything else will fall into place. If you have a passion for it, you’re not going to let it fail.”

The Rising Tide Innovation Center can prove a viable option as you look to find your passion, establish a plan and build your side hustle into a success. In our cowork space, you can find the tools, support and community spirit needed to launch your effort and sustain it through the early days. Pay us a visit when you’re ready to get started. 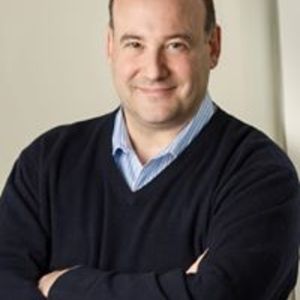