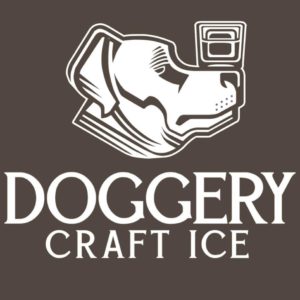 Clifton Fischer and Jake Essman can speak the language of ice.

They attend conventions on the packaging of ice, they can detail how the best ice comes from water that’s taken through a five-filter process and then softened. They even know the meaning of the word turbidity, the measure of the degree to which the water loses its transparency due to the presence of suspended particulates.

Yes, we had to look up turbidity in the dictionary.

For more than a year, Fischer and Essman, his soon-to-be son-in-law, have teamed with partner Troy Noonan and delved into world of processing, packaging and selling clear ice.

Both Fischer and Essman have an appreciation for the finer spirits. Fischer estimates he bought a drink at bars in 72 different countries during his 27-year stint in the Air Force. Essman has worked for both ABC Fine Wine & Spirits and Total Wine.

The business, Doggery Craft Ice, sprung from the realization cloudy ice that contains excessive amounts of air bubbles, minerals and that lovely freezer taste ruined the flavor of their favorite bourbons.

“We started researching ways to improve the taste and clarity of our ice cubes just for our personal use,” Fischer said. “We found that freezing water in a similar fashion to how a pond or lake freezes creates a clear ice product.”

Now Fischer and Essman, operating out of the Rising Tide Innovation Center cowork in St. Petersburg, are confident that clear ice will emerge as a new trend. We spoke to Clifton and Jake about the evolution of their entrepreneurial business, how clear ice aligns with the rising desire for fresh foods and why they chose the name “Doggery.”

How did you come up with the idea of clear ice?

Jake: We like to drink a lot of whiskey. That’s kind of where it started.

Clifton: When Jake was working at ABC and Total Wine, whenever something special would come in, we would grab a bottle of it and try it out. We had our freezer chocked full of silicone molds that made squares and spheres. It got to the point that we were noticing the silicone molds got a minerally smell to them.

Jake: Even before that, we had started to talk and ask, “How do you get clear ice?” Then we started to pursue it and found the red neck way of doing it.

Clifton: We were freezing blocks of ice — 8 x 12 by 3 inches thick. We would sit in the kitchen, get some charcuterie at the house and the two of us would be cutting and hacking making custom-cut blocks at the house and sticking them in the freezer, so we would have them for our personal use. We’re like there has to be a way to do this.

And it was a trip to Chicago for your wife Tina’s birthday that really sparked the entrepreneurial spirit in you two?

Clifton: We were up there at the hotel and they sent us up to the bar. We ordered two Eagle Rare Bourbons on a rock, and they came out in the glass and he had a perfectly cut 2x2x21/2 inch perfectly clear block of the ice. I looked right at Tina and said this is what we’ve been looking for. She goes what do you mean? I said I think there’s a void in the Tampa/St. Pete area. No one has this. So literally, from October of last year (2017), we’ve been researching and studying and learning everything we could about the process of making clear ice. Then, the whole animal of how you sell this to clientele?

What makes the ice an integral part of a good whiskey drink?

Clifton: You can look at water in itself. You can either have filtered water or you can be a filter for water. There are items in that water that are going to pollute, even at the most minute level, whether it be liquified calcium that’s in the water naturally, or iron or chlorine. All of these things change the flavor profile of any beverage. I’ll get you a big ice cube and if you enjoy a good Coca-Cola, and you put these cubes in your Coca-Cola and you drink the other, you won’t ever go back. It enhances the flavor by not adding anything to the actual beverage itself.

How do you purify the water to make the clear ice?

Clifton: Our filtration system has five chambers on it. One is a sediment filter and then we have three high-efficiency, very small micron filtration cannisters that it goes through, then it goes through a carbon filter and then we send it through a softening unit which completely takes out chlorine and iron and anything that’s going to change the flavor of your beverage. This is just good tasting water and you’re freezing it and putting it in your drink.

It’s reminiscent of how people from New York say the bagels and the pizza tastes better in New York because it’s made with New York water.

Jake: I like to look at it in terms of a chef. A chef is always going to be cooking with the freshest ingredients. Everything matters that goes into that dish. It’s the same thing with a cocktail, with your baseline being ice. Ice is in almost every cocktail, it’s almost a third of your drink. So, if that ice is tainted with minerals like he just explained, it’s going to affect the way it tastes.

If I blindfolded you, could you tell the difference between a whiskey drink with your ice and some ice from, I don’t know, 7-Eleven?

Jake: I bet you I could do it off the smell.

That’s fascinating. How did you come up with the name “Doggery?”

Jake:  We were tossing around names from the prohibition era, words that were used back then and we came along this name, “doggery.” A doggery is a speakeasy or an illegal drinking establishment. The reason it’s called a doggery is because they hid it in dog kennels. Between my family, his family and our other partner’s family, we have 19 dogs. We love dogs and we thought it fit.

What’s the biggest challenge in getting this business off the ground?

Clifton: The most challenging thing is getting people to understand it’s not a luxury item, it’s a necessity. Here’s a prime example: Of the 72 countries I’ve been to, I bet better than 50 percent of them don’t even have potable water on a regular public system. We’re ensuring purity and clarity and quality of this ice product. And it is food grade.

Jake: Plus, ice is the No. 1 selling food product in the world.

Clifton: And we’re providing a product that is above the quality levels of just about anything you’ll find.

Doesn’t your product fit right in with the increasing emphasis on organic, fresh and farm to table?

Clifton: Yes. One of the things we pride ourselves on is a lot of time our freezer doesn’t have a whole lot of stock in it. We literally will put the water in the tank, freeze it, pull it three days later, cut it, dry it, bag it and deliver it. We don’t have thousands and thousands of cubes sitting around waiting for someone to buy them. In our industry, it’s the closest you can get to farm to table.

Are you confident you can make this work?

Clifton: Yes. The Tampa Bay area all the way down to Sarasota, we’re literally on the precipice of just blowing up. I know it. I can feel it. There’s a desire for it and the people that are not buying it yet, either haven’t seen it or don’t know about it.

Jake: It’s going to become the standard thing. I truly believe we’ll reach the point that when someone goes to a bar and they don’t have clear ice, they’ll just go somewhere else. 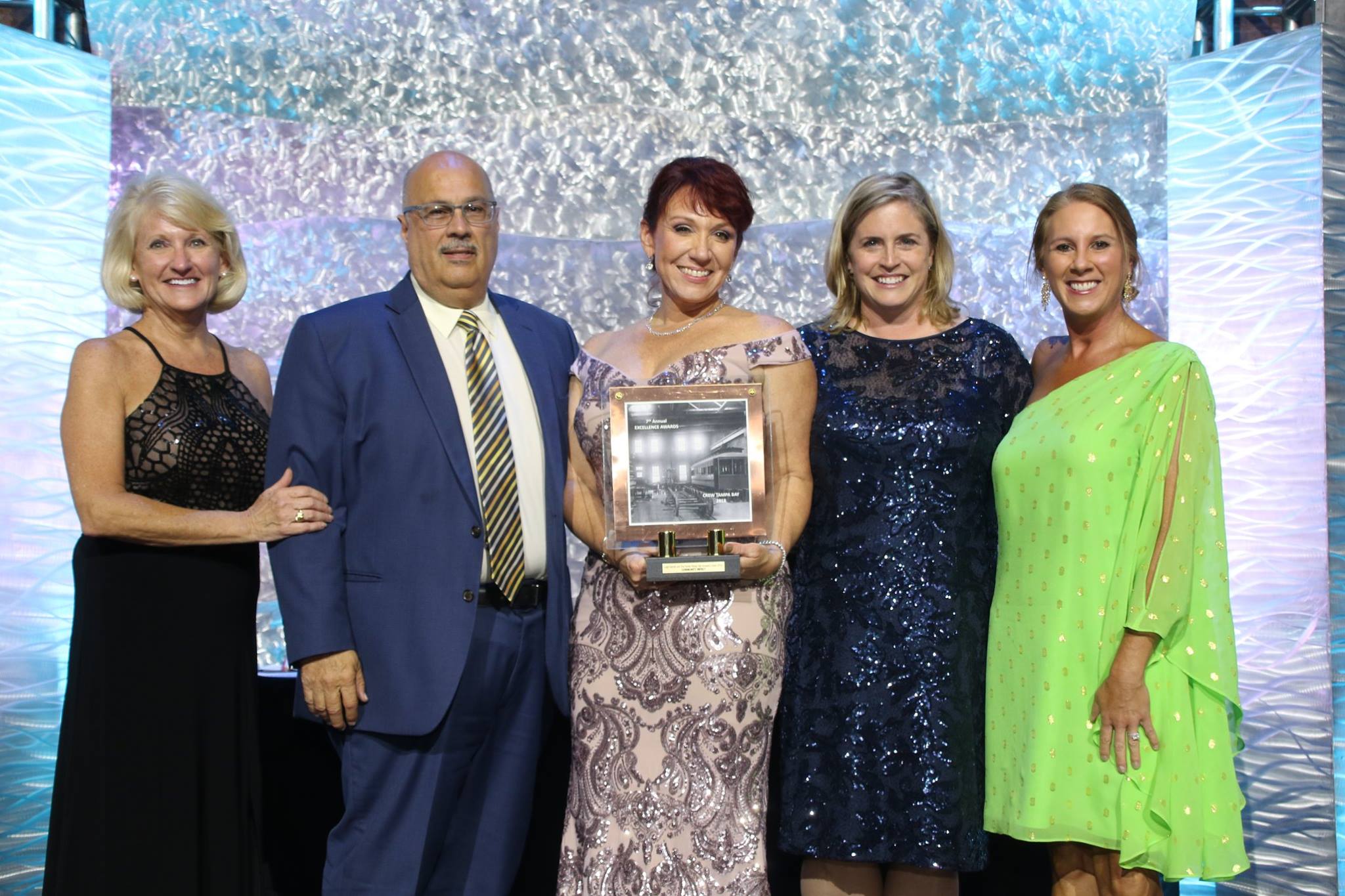